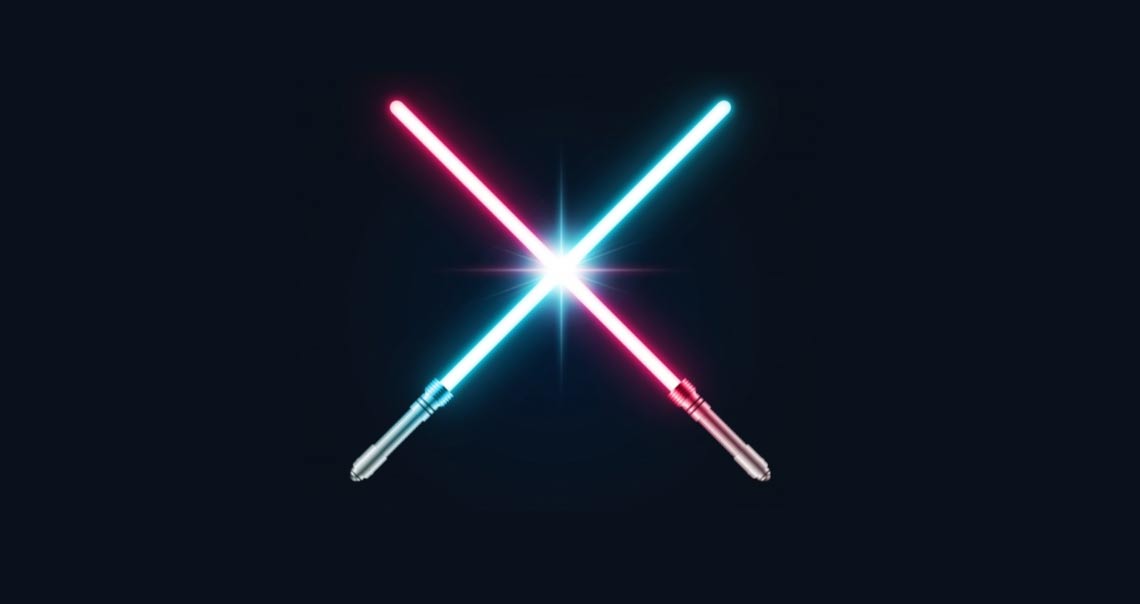 Not such a long time ago, in a corporate galaxy not that far, far away, an extreme situation tested people’s capacity to manage change. 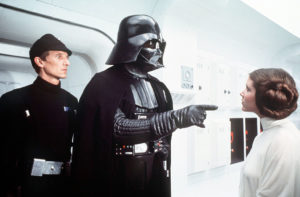 Not such a long time ago, in a corporate galaxy not that far, far away, an extreme situation tested people’s capacity to manage change. It was an unexpected and critical situation that put everyone — and an entire system — to the test.

We all know Star Wars was a turning point for the science fiction genre. It’s a cliché by now to say George Lucas was a visionary. But although this space opera is beloved by generations of moviegoers, few realize it can actually be interpreted as an enterprise treatise that anticipated trends decades before the fact.

The first Star Wars movie was released in May 1977, almost 44 years ago. My goal, in what follows, is to explain how it foresaw certain tendencies that company managements are only now beginning to see in 2021, amidst the profound transformations that organizations have endured in the past year.

Although Star Wars is obviously a fiction, it functions as a simple, didactic, and entertaining model that can help us understand the challenges our business culture faces in a pandemic context.

Star Wars: A New Hope tells the story of an Empire that seeks to extend its rule over the galaxy. They are opposed by the Rebels, a small, disruptive organization that is the empire’s main competition.

The Empire maintains a single, unifying management style and thought system, which every planet and inhabitant within their territories must follow. But this organizational vision proves to be far from inspiring. As the film shows, the size of an organization means nothing in a volatile and uncertain context.

Meanwhile, the Rebels cultivate a different vision, one that preaches freedom for the whole galaxy. Through them, George Lucas anticipates how a motivational vision can awake and sustain commitment in every member of an organization. Indeed, such a vision can be the motor that drives members to face impossible situations with courage — and emerge victorious. And that’s another thing Lucas foresaw: how an organization’s vision and mission are the keys to its success. In today’s parlance, we call this purpose.

The culture of fear

The Empire’s main strategy involves fear and control. This organization doesn’t seek to motivate its members or inspire their commitment. Instead, it imposes a strict rule: triumph or die. Failure is never an option. Darth Vader often kills whoever makes a mistake. One of his most famous lines is, “You have failed me for the last time, Admiral.” This is the opposite of a culture of learning. It’s a culture of fear, which leads its adherents to avoid transparency, hide flaws — and avert any kind of learning or growth.

In fact, the Rebels manage to destroy the Death Star, the Empire’s superweapon, not once but twice. And they’re able to do so because of the Empire’s incapacity to admit — and improve upon — its mistakes and design flaws. The Empire’s stormtroopers are yet another example of this. They can’t hit anything with their blasters, even when it’s only a few feet away. Their aim is almost comically bad.

Imagine a sales manager in such an organization, trying to make sales under pressure, following business indicators he or she barely understands, suffering a mental block out of fear of being laid off. What are the chances that such a person can succeed?

On the opposite end of the spectrum, we have the Rebels. Theirs is a transcendent vision, in which failure is permitted and even part of the learning process. One of the most famous phrases in Star Wars, spoken by Yoda, perfectly encapsulates their ethos: “Do or do not. There is no try.”

Throughout the franchise, we see members of the Rebel organization make mistakes. And every time, the rest of the team responds by taking things in stride and being supportive of the person responsible. This allows the Rebels to cultivate a culture of learning, which proves vital to their success.

In recent times, authors Dan Senor and Saul Singer succinctly described this philosophy in their book, Start-up Nation: The Story of Israel’s Economic Miracle. Indeed, Israel’s success in applying the Covid-19 vaccine has much to do with this way of thinking and acting.

In terms of organizational structure, the Empire’s culture is utterly hierarchical and pyramid-like. This means their decision-making, in contexts that require agility, tends to be extremely slow. Every decision has to be validated up their chain of command.

When you combine this rigid hierarchical structure with a culture of fear, it’s a molotov cocktail thrown at the heart of the organization. Thus does the Empire ignore every opportunity to change and become more competitive, since it employs few people capable of making decisions on the field.

This kind of organizational structure does not allow people to grow and learn. When people can only follow orders, learning becomes irrelevant. All of the organization’s knowledge rests with its executives, the Emperor and Darth Vader. It would, therefore, be a waste of time for anyone else in the organization to be capable of critical thinking.

There’s yet another factor that makes this organizational structure unstable: it pays no attention to the human element. Executive decisions do not take collaborators into consideration. This keeps employees from being truly committed to the Empire beyond their fear of it.

Let’s compare this to the disruptive organization, the Rebels. They have an agile structure, very much in the modern sense of the word, as used to describe one of the most popular current methodologies in company management. The Rebels are made up of small teams and they even call them “squads,” in keeping with an agile methodology.

All teams or squads have clear objectives, but enjoy freedom of movement. They are empowered to learn as they go and adapt to their circumstances. This proves crucial at several junctures throughout the franchise, allowing them to resolve extremely tricky situations. In Start-up Nation, we also read how these simple rules or methodologies can benefit, not just organizations, but society as a whole.

Finally, the Rebels put people at the center of every decision they make. They always consider the team and its emotional state, potential casualties during a mission, and other human factors. This strengthens the commitment of their collaborators, since all have faith in their victory and understand they are important to their organization.

Star Wars might be science fiction, yes, but it’s remarkable how fruitfully companies can apply its insights in a pandemic context.

There is one final concept in Star Wars that is crucial for an organization’s success: diversity. We need to understand what this term means. Diversity is about more than bringing together different cultures, ethnic backgrounds, and belief systems. It’s about respecting such differences and putting this respect at the heart of the company vision.

For the Rebels, diversity is key. After all, how can they hope to liberate the galaxy if its different races and cultures don’t feel part of the rebellion? Every team is made up of people who are far more diverse than we can imagine. In fact, diversity is part of the visual texture of Star Wars, from the Ewoks to the humans, Chewbacca, Yoda, and beyond. Every character represents a unique language, religion, social hierarchy, age group, and so on. Even among the humans, there are differences: Obi Wan is an aging master, while Luke is nearly an adolescent. Yet when it comes to figuring out how to beat the Empire, everyone has a role, everyone is listened to. And through dialogue and teamwork, they can create innovative and disruptive plans that take their enemy by surprise.

The Empire, of course, doesn’t believe in diversity. All its members look the same. They have the same ethnic background, they’re all human, they all wear the same uniforms, and they all share the same ideas or, if they don’t, they are certainly not permitted to defy the prevailing values of the organization. It’s only fitting, then, that the Empire’s assault troops are actual clones. There can be no clearer demonstration of the lack of diversity in the Empire.

In terms of organizational management, then, Star Wars proposes a mix of purpose, agility, vision, diversity, and innovation. These are all the necessary ingredients for a company culture that is prepared to face new challenges. And this mix is what allows a small organization to beat an all-powerful Empire, a hegemonic enterprise that has monopolized the market. They achieve something that seems impossible. But if we look at our real world, we’ll see numerous examples of the same outcome.

So let’s return to our galaxy and time. Currently, 71% of companies in the world are starting to use agile methodologies, according to the Project Management Institute (PMI). The same report reveals that agile companies increase their revenue 37% faster and generate 30% more profit next to companies that have not embraced agile management. In other words, the Rebel formula for success — diversity, agility, shared and transcendent vision, innovation — simply works.

George Lucas doesn’t need us to label him an enterprise visionary. That much should be obvious to anyone. What we need to learn from his Star Wars model, however, is to understand when our organizations are inching closer to the dark side and to make the necessary efforts for our company and teams to feel rebellious, so the force is always with us.